How Hillary lost touch with the mainstream

How Hillary lost touch with the mainstream

How Hillary lost touch with the mainstream
Posted on January 18, 2017 in Leadership 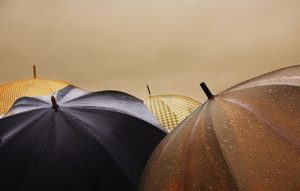 My two previous posts centered on Mrs Clinton’s strategy of making Donald Trump’s character flaws a central theme of the campaign. In the months leading up to the US presidential election, Clinton seemed to focus more each day on finding fault with her opponent—attacking him particularly on his disrespectful attitudes toward women and minorities.

From my perspective, placing so much emphasis on Trump’s deficiencies was the tragic design flaw in the Democrats’ plan. In so doing, Mrs Clinton failed to send clear messages about herself—about who she is, her core values, and what she stands for. In the end, she stood more against her rival than for herself.

After the verdict of this election came in, I was quite eager to see how the mainstream press would react. My motivation was two-fold. First, I had a particular point of view about how this contest may have been lost, so I wanted to see if my hypothesis was shared by any of the professional analysts. And second, I was curious about how the very people who had assured us of a Clinton triumph might call themselves into question, or if they would rely on finding a new “spin” to explain it all away.

In the end, I spent a good deal of time scouring periodicals for insight, reflecting about how it might have happened, and how the pollsters could have missed it so badly. For the major broadcasters and periodicals, Trump’s victory was more than just an outcome none of them had foreseen. It was something of a seismic shock, a rejection of the entire political order, along with the news outlets that who cover it.

Among the explanations that surfaced soon after the voting was that the Clinton campaign had failed to gauge the depth of distress in Middle America, most particularly among white working people. This was a segment of the electorate that Donald Trump had consistently attracted to his rallies, which were often large and enthusiastic gatherings. As my exploring of the press took me in this direction, the most revealing piece I came across was a lengthy New Yorker article: “Hillary Clinton and the Populist Revolt.”

Significantly, this story appeared just a week before the election, on October 31. It was through reading this account that I began to understand the extreme nature of the despair of Middle America, and how the Clinton campaign probably did underestimate it. Among the items cited therein were polls that show members of the white working class to be by far the most pessimistic people in the country.

At several points in the article, people close to Mrs Clinton express concern that she did not have a feel for the despair of large segments of this working class. For example, one of her advisers told the writer in an interview that “Hillary’s years in the State Department had insulated her and her staff from the mood of ordinary Americans.”

In addition, a number of hacked emails from the account of campaign manager John Podesta—made public by WikiLeaks—displayed a growing concern among the Clinton team over paid speeches she had made to Wall Street executives. The campaign was afraid that, if some of the transcripts were made public, she would be portrayed as inauthentic, two-faced, and overly friendly with the corporate elite. Much of Hillary’s public speaking and fundraising were done at gala events for wealthy individuals and groups on the east and west coasts, America’s most affluent regions.

Among the principal reasons that the democratic candidate was so out of touch with the mainstream was simply that she and her husband, despite their “common people” rhetoric, were now living among the ultra-rich. According to the New Yorker article, private citizens Bill and Hillary earned roughly one hundred thirty-nine million dollars between 2007 and 2015.

In 2014, Mrs Clinton made a telling statement to an audience from the investment firms Goldman Sachs and BlackRock. Referring to her “solid middle-class upbringing”, she admitted to those in attendance, “Now, obviously, I’m kind of far removed, because of the life I’ve lived and the economic…fortunes that my husband and I now enjoy, but I haven’t forgotten it.”

Whether she has forgotten her middle class origins is a question open to debate. Unfortunately for her though, the message from much of Middle America on election night was that she had indeed lost touch with them.

In my view, she could have done something relatively simple to emphasize her roots, and even to change the outcome of the voting. That, though, is a subject for another day.