Two personal stories that Joe Biden could tell
Posted on May 14, 2021 in Leadership, Storytelling and Politics 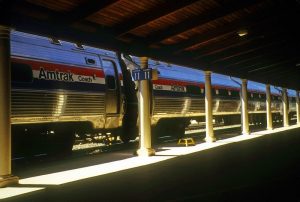 As I wrote last time, Margaret Thatcher’s masterful political discourse provides a model for some of the ways President Biden might think about addressing his constituents.

When Mrs Thatcher convinced her countrymen to rediscover some “forgotten” facets of their national character—initiative, self-reliance, collective responsibility and human decency—she pointed to those as fundamental values of the British middle class. She complemented this broad narrative with specific anecdotes from her own life. The personal stories she told emphasized her origins, showing that she comes from a milieu where these values were widely embraced.

As such, this daughter of middle-class shopkeepers from a traditional town never doubted that her own story and values could indeed serve as a model to help Britain find its way again. In fact, her victory speech on the night she was elected prime minister emphasized this connection between her own journey and her story for her nation’s path forward: “The passionately interesting thing to me is that the things I learned in a small town, in a very modest home, are just the things I believe have won the election.”

Though his political leanings are vastly different from those of the former British prime minister, the US president can learn much from her speechmaking. In particular, I would encourage Mr Biden to use stories from his life experience, in a manner similar to that of Lady Thatcher.

Just as Margaret Thatcher was able to appeal to a wide spectrum of society by emphasizing her common roots, so can Joe Biden. If Thatcher claimed that an unexceptional  “middle-class, grocer’s daughter” upbringing helped her understand the needs of common people, Biden can call attention to the working class setting of his youth.

Presenting himself as an “ordinary guy” who grew up in the blue collar environment of northeast Pennsylvania could help earn President Biden some legitimacy with middle and low income citizens. In fact, I believe he could touch a wide spectrum of the electorate by speaking this way: “You know, I have been fortunate to have a long career in national politics, but that is not where my roots are. At my core, I am just a boy from the gritty world of Scranton. ”

As I wrote in an earlier post, we have already heard him speak of his unexceptional origins and his family’s struggles on one occasion.

In promoting the concept of universal health care for all Americans, Mr Biden told a compelling story from his childhood: “I remember my dad being restless, and I remember one night feeling…I could hear my dad; you could just hear the bed moving. So, the next day I said, ‘Mom, what’s wrong with Dad?’ She said, ‘Honey, he’s worried. We just lost our…he’s moved jobs and he lost his health insurance. He doesn’t know what to do.’

The clear advantage of such anecdotes is that they show the president as someone not far removed from the rest of us, a man who can relate to the issues and struggles of everyday Americans. By means of such tales from his life, he shows himself as a compassionate human being, an individual with whom anyone can identify.

If Mr Biden wishes to emphasize this “I am a regular guy, a lot like you” theme, he could certainly point to other elements of his past. For example, he might tell of the familiar name he was given by his colleagues in the US Senate, who often called him “Amtrak Joe”. Much like many ordinary citizens from all walks of life, he was a railway commuter. For decades, he took the train from Delaware to the Capital every morning, and he returned home almost every evening.

Telling the world he was proud of this nickname has a number of benefits. First, it portrays the president as a simple man who took public transport to work in the morning, much like the rest of us. Second, he can use such examples to help make the point that he has never sought to be a Washington insider. And third, it shows his desire to return to his wife and children each night, as he has long spoken of the importance that family holds for him.

In my view, there is a third type of personal tale he could use effectively in his work these days—anecdotes that point to the bipartisan approach that characterized his long career as a congressman and vice president. Next time, I will provide him some ideas on how he could use these stories effectively, and how he could strengthen them further with references to historical symbols.