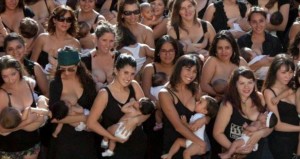 When I was in Buenos Aires last month, one of the projects I worked on was preparing a conference with Disney that will take place some time in October or November. As they are interested in hearing my views on “storytelling”, and as this company is known to be replete with master storytellers, I was curious to know what specific aspects or angles they expected me to speak about. In fact, what they are looking for is something they had gleaned from my book, Las siete reglas del storytelling: How anyone, any employee in a company for example, can use personal storytelling to influence his or her world.

As I was contemplating this topic in a favorite café one morning, and beginning to write down some notes, I noticed a newspaper article that related well to the concept. Reading the headline in La Nación, I was reminded that many important events, large or small, often begin when someone—in many cases an individual with no formal power—takes a stand about something that matters to her, and then leads with her story.

The newspaper article that day told of a woman who had provoked a confrontation with police, simply because she was breastfeeding her infant son in a public park. I found the event intriguing enough that I followed the story and its aftermath each day for the two subsequent weeks.

Here is a summary of what took place, based solely on my gleaning and translating of information from several newspapers:

On July 12th, 22-year-old Constancia “Coni” Santos sat down to breastfeed her nine-month-old son Dante in a public square in San Isidro, in the province of Buenos Aires. After she began to nurse, two female police officers told Santos that it was illegal to breastfeed in public. At first, Santos thought the agents were joking, and she asked to know what precise statute stipulated that.

When one of the policewomen demanded to see her and her child’s national identity papers, Santos balked: “I asked them to tell me what law had been violated, and why I had to leave, or if they would allow me to talk to a superior. They told me that they didn’t have to call anyone, and that I should simply leave. I had to stand up quickly because one of them grabbed me by the arm and the other threatened to book me for resisting authority. I had to leave, with the baby crying in my arms.”

As it turns out, there is in fact no law that opposes a women’s right to breastfeed in public. When the infuriated Santos sought to report this incident to the authorities, claiming that her rights had been violated, the Women’s Police Unit ruled that Santos had experienced no gender-based violence, and that what happened to her was not a crime.

After receiving no satisfaction from the formal police channels, and still feeling that she had been profoundly mistreated, Coni Santos turned to the Internet, expressing her indignation in a Facebook post. Shortly thereafter, her tale went viral, and her story started a movement.

Using the hashtag #TeteadaMasiva (Massive Breastfeeding Session) on Twitter, and with a Facebook page set up to encourage a public protest, the group quickly garnered more than 2,000 supporters. Thousands more pledged to attend the aptly baptized “teteada” (“nippling”) event, a peaceful, nonpolitical demonstration to defend the principle that breastfeeding is a right guaranteed by law.

The response on social media was nothing short of overwhelming. Each day, more and more people expressed their intent to attend the #TeteadaMasiva, which was now projected to be a large demonstration and lively social event—a simple, nonpartisan, nonpolitical breastfeeding gathering. Various celebrities spoke out in solidarity—posting photos on their personal websites and on social media, images of themselves breastfeeding their children.

On Saturday July 23, an impressive sit-in and breastfeeding festival did indeed take place, in the very place where the police had confronted Coni Santos. In the next post, we will take a closer look at what unfolded, and explore some of the broader lessons of this incident, and how we can use them to influence our worlds.