Why the internet is a poor source of news 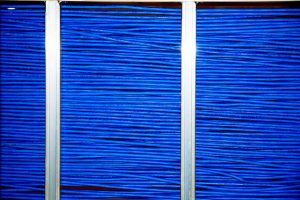 In 2014, Facebook founder Mark Zuckerberg stated that one of his company’s goals was to become the primary source of news for all its users. “Our goal is to build the perfect personalized newspaper for every person in the world,” he said. That newspaper would “show you the stuff that’s going to be most interesting to you”.

When I read this quotation, I remember thinking that Mr Zuckerberg’s initiative is precisely why Facebook is a terrible place for people to look for their news. The danger I saw then was this: Reading our personalized newspapers leads us to see mostly the things that push us further in the direction of what we already believe, while we conveniently dismiss and reject the rest.

Since the Facebook CEO’s statement in 2014, the number of people who consider their social media sites as a primary news source has continued to grow. While this phenomenon may simply represent a natural consequence of societal movement away from print and broadcast media, there may also be quite some cause for concern.

As I mentioned in the previous post, the internet and social media appear to be pushing society steadily in the direction of polarization. At least three of the reasons I see for this progression are worth writing about and reflecting on, today and in the weeks to come. These include:

—there is the constant threat of fake news, hacking and other illicit activities by entities who can easily hide on the web

Today, I’ll focus on the first point—how our use of the internet may be leading us down the path of divisiveness. The other two concepts will be part of a broader discussion I would like to begin next week.

How has our behavior on the internet affected our ways of thinking? Unfortunately, most of the research and commentary I have seen in the past few years does not indicate a trend toward openness.

Beginning roughly two decades ago, one of the great promises of the internet was that it would provide much of the world with a wide variety of places to search for information and opinions. Access to such a smorgasbord of sources and points of view was supposed to be one of the truly remarkable benefits of the web, ushering in an age of open-minded and eclectic thinking. Technology boosters called it the new marketplace of ideas—free, open, and unrestricted.

In fact, our internet surfing behavior may be leading us in the opposite direction, toward more close-mindedness. Studies by social scientists have repeatedly come to a similar conclusion. When offered diverse information choices, people will tend to gravitate toward news that fits with their preconceived beliefs and biases.

Psychologists have found this tendency so common and so powerful among human beings that they have given it a name—confirmation bias. When using the internet to get news, for example, people will tend to click on things that take them further in the direction of what they already believe. In essence, they choose to focus on items that will confirm them in their ideas.

The magazine Psychology Today describes the issue of confirmation bias this way: “Once we have formed a view, we embrace information that confirms that view while ignoring, or rejecting, information that casts doubt on it.” In other words, when we search the net for information, we don’t perceive the items we encounter objectively. Rather, we pick out the bits of data that make us feel good, because they confirm our prejudices.

In sum, people are prone to believe what they want to believe. Seeking to confirm our beliefs comes naturally, while it feels cumbersome and counterintuitive to look for evidence that contradicts those beliefs. The problem is that the more we seek to confirm ourselves, rather than question ourselves, the more we become closed-minded and rigid in our positions.

Next time, I plan to address the subject of how social media sites are tending to exacerbate this problem of close-mindedness and polarization.