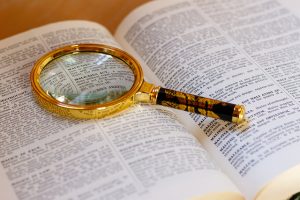 This week, we seem to be completely awash in information about social media and polarization, which is of course one of my favorite topics at the moment. Every day’s headlines indicate new discoveries about how the popular platforms—Facebook, Twitter, and Google, in particular—were used in deceitful ways by Russian trolls, and a number of other groups.

The most recent revelations are increasingly alarming, for two reasons. First, the sheer volume of activity is far greater than most public officials once believed. And second, malicious and devious uses of social media platforms has truly become a global phenomenon.

With respect to the volume issue, Facebook, Twitter and Google have been slow to release information about the size and significance of the Russian influence campaigns. Immediately after the presidential election, Facebook chief executive Mark Zuckerberg had even scoffed at the idea that outside activity or fake news on the site could have swayed public opinion in any way.

Whether or not malicious Russian influence actually affected election results may be a moot and unanswerable question. In fact, the Kremlin and its agents seem far more interested in sowing discontent and hatred in the West, with the goal of undermining confidence in democracies and their institutions in general.

A number of the opinion pieces I have read recently state that current events are merely a continuation of the past. In the Soviet era, Russian spies routinely spread disinformation to try to influence public opinion—or even the course of events—in Europe and the Americas. Their broader agenda has always been about doing everything they can to create the impression that there is chaos and discord in Western democracies. The obvious difference nowadays is that social media platforms are providing these foreign agents levels of reach and potential impact that were previously unimaginable.

Regardless of the Russians’ intent, though, the world has been slow to understand the reach or the potential dangers of such initiatives. The social media companies themselves waited months before beginning their investigations into the matter.

Nor did US lawmakers grasp the magnitude of this activity. It was only in late September of this year that Senator Mark Warner of Virginia, the top Democrat on the Senate Intelligence Committee, declared that information provided by Twitter and Facebook was indeed worrisome. Today, some members of Congress are accusing the companies of greatly underplaying their problems, and their responsibility in this arena.

Now that they have been called to testify before the Senate Judiciary Committee, the tech giants have been a bit more forthcoming, and cautious. In prepared remarks, Facebook said inflammatory posts by Russian agents intending to sow discord among Americans reached 126 million users. Google stated that agents from a Russian entity called Internet Research Agency uploaded over 1,000 videos on YouTube. Twitter estimates that the same group published more than 131,000 messages using the site.

The second cause for concern I cited above is that the use and misuse of social media platforms goes far beyond the United States and its presidential election. Stories of fake news and hate-inducing social media posts now come from such places as Kenya and the Philippines. In such third world nations, Facebook tends to be even a far more powerful player than in Europe of North America.

In Myanmar, for example, Facebook is so dominant that for many people it is the internet itself, certainly their primary—if not unique—source of news. On October 30, the New York Times carried the headline, “Facebook at the center of Myanmar’s crisis”. The article states that what appears on the site is full of misinformation and explicitly hostile language, all of which is widening long-standing ethnic divides and stoking violence.

Today, I am back in the United States for a few days of work. Though I will be short on time, it will be interesting to follow news reports about the ongoing Senate investigation of the social media companies, and to look at articles from the rest of the world. The evolution of how these media platforms are being used is truly fascinating, and difficult to follow. One can only wonder where this is all headed.