A type of discourse Joe Biden should avoid

A type of discourse Joe Biden should avoid

A type of discourse Joe Biden should avoid
Posted on February 1, 2021 in Leadership, Speaking, Storytelling and Politics 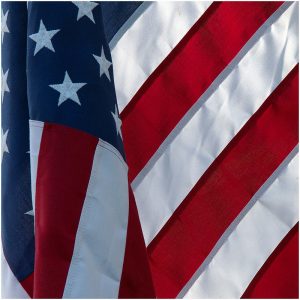 After the last post, it was gratifying to receive so many favorable comments about my views on Joe Biden, his potential use of personal stories, and the hope that he might encourage some form of unity in America. Today, since a number of people requested I do so, I continue to weigh in on the new president’s discourse.

More specifically, I am interested in addressing numerous reader questions that fall into three broad categories. First, if I were advising the president, what would I tell him now? Then, since my suggestions will no doubt involve some personal storytelling, what types of stories would I encourage the incoming president to tell, and where might he search for them? And finally, do I truly envision the possibility that Mr Biden—or anyone else for that matter—could be capable of “healing and unifying” the nation at a time of such extreme fragmentation?

In light of these well conceived queries, I paid closer attention than usual to the president’s first speeches, and to his inaugural address in particular. As it turns out, this moment is proving to be quite fascinating, not only for its political implications, but also for its lessons about personal storytelling.

Based on what I have seen thus far in Joe Biden’s discourse, my advice to him would be quite simple. First, given the president’s stated objective of “healing and unifying”, of speaking to all Americans, he should avoid the type of broad generalizations that risk alienating a portion of the citizenry. Second, his two most powerful allies in this quest for unity are personal stories and historical symbols. He should lean heavily on them.

In essence, my two pieces of guidance are related to each other. As I discussed briefly last time, telling stories connects with listeners and brings them inside. In contrast, generalizations about policy or political philosophy are risky, as they can readily create divisions. This is because such sweeping statements will provoke President Biden’s opponents, causing them to argue with him in their minds.

Here is an illustration that demonstrates my point clearly. After beginning his inaugural address with some direct and powerful talk of his desire to connect with all Americans, the president proceeded to employ the type of abstraction I would have counseled him to avoid. There was one passage in particular that made me cringe.

Early in the speech, Biden insisted on the concept that today, “democracy has prevailed”. This is certainly a narrative that he believes deeply, and it is one that resonates well with his supporters. However, it is exactly the type of assertion he should not be making if he truly intends to reach out to the other side.

On the day of this inaugural speech, I noticed a Quinnipiac University poll revealing that 34% of Americans—and 77% of Republicans—continued to believe that the election result was not legitimate. To me, these numbers were surprising. More than one-third of the nation was still questioning the outcome of the voting.

In citing these numbers, my intent is not to judge whether or not the election was fair, something I am most certainly not qualified to do. A point I can make, though, is that this is a style of discourse that will likely antagonize those who did not vote for him. When Mr Biden makes such grandiose declarations about the nation, opposing constituents will be arguing with him in their minds, standing against the very concept he espouses.

As such, the crux of the matter is not whether the election result was fair. More to the point is that Mr Biden and his speechwriters should realize that a significant percentage of the population still questions the legitimacy of his victory. With their own counterarguments firmly lodged in their heads, these people will be turned away by the very words “democracy has prevailed”. While the president may feel a strong desire to make such statements and to sound a victorious note for his followers, he should remain cognizant of the fact that such language can be quite damaging to his quest for unity and healing.

Next time, we’ll discuss why personal stories and historical symbols would be effective devices for helping the president reach out to his adversaries.