Maybe leadership and culture do matter 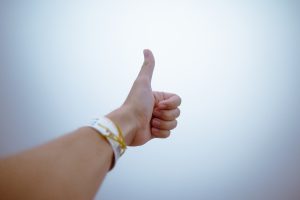 Toward the end of our previous post, we cited a research project commissioned by Money magazine for its gala 30th anniversary issue in 2002. What the editors wanted to compile was their “30-30”: a list of the 30 best-performing stocks in the 30 years since the magazine’s launch in 1972.

To say that the study’s findings were a great surprise to everyone would be a significant understatement. The naming of Southwest Airlines as the top stock pick in America over those 30 years was a phenomenon so unexpected that staff writers at the magazine called it something “straight out of Ripley’s [Believe it or Not]”.

Nobody had ever imagined that an airline could outperform every other stock in the US market. But, it was indeed so. From 1972 through 2002, Southwest produced annualized returns of 25.99 percent, a better result for shareholders than any other listed company. Putting this in perspective, the numbers are truly astounding, and difficult to believe, in fact. Think of it this way: a hypothetical $10,000 investment in 1972 would have been worth approximately in $10.2 million in 2002.

Why was the investment community so stunned by the long-term success of Southwest? To begin with, there was an enormous negative preconception concerning the condition of the air transportation industry in general. Few sectors were seen as working in an environment more challenging, or less exhilarating. A quick look at history explains why.

When the United States government deregulated air transportation in 1978, the industry embarked on a twenty-year period characterized by fierce price competition, heavy losses, conflicts with labor unions, and bankruptcies. Between 1978 and mid-2001,eight major carriers—Eastern, Midway, Braniff, Pan Am, Continental, America West Airlines, Northwest Airlines, and TWA—went bankrupt or were liquidated, along with 100 smaller regional players.

That Southwest could emerge from such an environment as the best investment in America was indeed a shock to many experts. Jeremy Siegel, a well-known professor of finance at the Wharton School, and the author of Stocks for the Long Run, called Southwest’s achievements absolutely incredible, given the fact that they competed in “probably the worst industry in America.”

So, not only did stock market observers believe that the big winners would come from “hotter” sectors of the economy—technology, pharmaceuticals, or aggressive global players—they also thought that the airline industry would be one of the least likely places to look for a shareholder success story.

As we have seen, though, Herb Kelleher was no ordinary CEO, and Southwest was no ordinary airline. While other carriers were bogged down with high infrastructure costs, labor strife, and a fiercely competitive landscape, Kelleher and his team were building Southwest into a prototype of efficiency and customer service, in an industry known for neither.

In fact, as Southwest was quietly becoming one of the world’s outstanding investment stories, it was simultaneously creating themost admired company in its industry. And, it was cited in a wide range of surveys as one of the very best places to work in America.

So, what exactly does it tell us about investing when the best-performing stock over the past 30 years comes from such a woeful industry? Or, when the same company is also one of the world’s most respected for the way it treats its customers and employees?

Perhaps one of the things it shows us is just how valuable outstanding leadership is, and how powerful corporate culture—one that engages individuals around a few simple concepts—can be. To me, the Southwest case is so compelling because it demonstrates that, with the right leadership and culture, a group of inspired individuals can overcome almost any obstacle, even in the most inauspicious industry environments.

A second lesson from the Southwest story is that the trickle-down effect we discussed in the previous post—taking care of employees first and trusting them to produce outstanding returns for investors—really can work exceedingly well.