Do we use the wrong criteria when we choose investments?

Do we use the wrong criteria when we choose investments?

Do we use the wrong criteria when we choose investments?
Posted on November 10, 2016 in Leadership
0 Comments 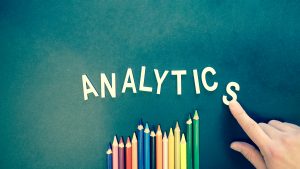 My ongoing exploration of Southwest Airlines, with its unusual people policies, and simultaneously sensational stock market results, has been something of an eye-opener for me. One of the many things it has led me to reflect about is how investors pick the companies they decide to put funds into. Though I make few investment decisions myself, I nonetheless find this issue fascinating.

In the last two posts, we made reference to Money magazine’s study of the best performing US stocks during the period between 1972 and 2002. The unanticipated finding that Southwest Airlines was the most profitable investment in America during those 30 years was a great shock to many observers, including a significant number of professional money managers.

Among the individuals most surprised by the results of Money’s investigation were the editors and staff of the magazine—the very people who had commissioned the research. In fact, they would say in their cover story that the outcome had caused them to seriously question the way they, or anyone for that matter, should think about the types of companies they choose to invest in. The writers called it a “revelation” about investing for the long term.

The magazine’s writers concluded that investors would be best served by focusing on finding corporate leaders like Herb Kelleher, who build cultures where employees are truly treated well, and thus where people policies engender high levels of engagement and performance. In the long run, it is these impressive levels of dedication and commitment that will prove essential to increasing shareholder wealth—perhaps more than just about anything else.

The article went on to say that we should all learn one simple lesson: that the quality of a company’s management—far more than the growth potential of its industry—is the key to predicting long-term success in the stock market. The writers went on to comment that advising readers to choose investments this way was “heretical”, since most investors do precisely the opposite, trying to identify “hot” companies, and sectors of the economy that are poised for rapid expansion.

When I came across this article recently, I was intrigued by its conclusions, and hopeful that all of us—employees, investors, managers, or whoever—would choose to back companies that made treating workers well their top priority. However, theMoney article appeared 14 years ago, and I question whether we have taken this lesson to heart.

While I never expected to be writing about anything remotely related to investing, and while I am far from an investment professional or a pundit, there is perhaps a striking message here, one that we should not ignore. For more than thirty years, I have listened to people—be they business leaders, professors of economics, financial advisors, or ordinary individuals—speak about how they invest. Almost none of them ever talk about the importance of a company’s people policy or culture.

On the contrary, most of the investment talk I have heard over the years sounds more like this: “I like the stock. I think it’s undervalued. It has a low P/E ratio. The market for its product is exploding, expected to triple in the next two years. They have a first-mover advantage in their sector.” Etc., Etc.

What I rarely hear are pitches that sound like this: “You know, I like this company because I have researched their management philosophy, and I’ve interviewed a number of employees and managers. I am convinced that they truly treat their people well, and I see this as the cornerstone of their future success.”

This is not to say that we should pay no heed to technology, to growth sectors, or to new concepts that might disrupt an existing market. At the same time, I would suggest that we look closely at companies that operate in less glamorous industries, but who may be innovative in their attitudes toward people management and organizational culture.

At Southwest Airlines, it was above all else their people policies and culture that turned them into the best performing investment in America, at a time when they were operating in nation’s worst industry environment.

Perhaps leaders and cultures that put employees first make more of a difference than most of the world believes.