What should a corporation or organization stand for?

What should a corporation or organization stand for?

What should a corporation or organization stand for?
Posted on July 3, 2015 in John's reflections, Leadership
0 Comments 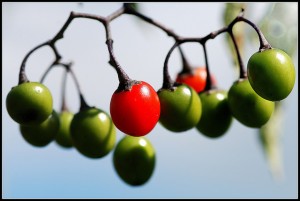 Rereading David Packard’s radical views from the 1940s about what a corporation should be caused me to reflect on how much all this has changed in our time, and how far the business world has come.

By way of reminder, we wrote on June 11 about Packard’s frustration with the narrow perspective of his fellow business leaders. His was indeed a rare voice in the 1940s and 1950s, perhaps even an early proponent of what we have come to call corporate social responsibility.

In spite of all the criticism from his peers in HP’s early years, its co-founder stuck to his ideas. In 1949, he was invited to speak at a major gathering of business leaders, and he was again frustrated with the parochial, small-minded reactions of his fellow CEOs. Once more, Packard expressed his view that companies have a responsibility beyond making a profit for stockholders. An integral part of every corporation’s role, he suggested, was recognizing the dignity of its employees as human beings, looking after its customers, and treating the community at large with respect. Packard would later reflect in a 1964 speech at Colorado College: “I was surprised and shocked that not a single person at that meeting agreed with me…It was quite evident they firmly believed I was not one of them, and obviously not qualified to manage an important enterprise.”

Modern views of the corporation are less narrow than in Packard’s time. Of course, both our organizations and society’s attitudes have evolved markedly since the 1940s. In many businesses, the emphasis on maximizing shareholder value at all costs has been replaced with broader notions of a corporation’s role. Business managers now take seriously their role in contributing to the well-being of all stakeholders: employees, customers, and the public at large.

Consequently, today’s companies have become increasingly bold about expressing what they stand for. In recent times, one of the corporations at the forefront of this movement to “stand up for what we believe” has been Starbucks. For example, a Financial Times article from March 20, entitled “Starbucks aims to brew the right thing”, addresses the company’s efforts to discuss racism in America over morning coffee with its customers.

Speaking out on controversial issues: Recently, in the aftermath of a shooting at a historic African-American church in the US state of South Carolina, industrial giants such as Walmart, Amazon, Michelin and Sears called for a ban on the use of the Confederate flag, a symbol of the slave-holding, pre-Civil War South. On another highly contentious issue, numerous corporations have decided to speak out in favor of the right of gay people to marry. And, the Catholic Church, through its leader Pope Francis, has called for business and political leaders to take quicker and more significant action on climate change.

Such discourse has met with mixed reaction in the world of business and among the public at large. While some applaud the desire of organizations to stand for something beyond their core activity, others tweet out angrily that popes should stay out of areas where they have no competency, or that Starbucks should stick to serving coffee and let us consume it in peace.

As someone who has spent years helping individuals and groups define and express their core beliefs and values, I have watched these and other issues unfold with a good deal of interest. In the coming weeks, I plan to explore some of these themes a bit further.