Walking the talk: on the meaning of authenticity 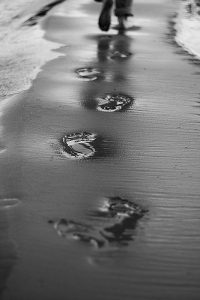 Our previous post closed with a story about Hamdy Khalafalla Mohamed, a bakery chef at the Cairo Marriott Hotel. One of the reasons his tale impressed me is that it is about an individual who takes the initiative and pays attention to the smallest of details, much like my surprise greeter Sara in Dubai. These two traits—attention to detail and individual initiative to provide excellent service—were at the core of Bill Marriott’s concept of what a hospitality company should be.

Years ago, when I was writing a doctoral dissertation about how to coach leaders in the use of personal storytelling, one of the outstanding life stories I encountered was that of Bill Marriott, Jr. What I wrote at that time was that Mr Marriott was an “authentic” leader, an individual who truly lives the stories he tells about himself and his organization.

These days, I often hesitate to use the word “authentic”. In modern day political discourse and analysis, it seems to have become a contentious term. For example, surveys showed that great numbers of American voters backed Donald Trump because he sounded more “authentic” than his opponent. Mr Trump’s angry tweets at 3:00 am impressed these people, because he was demonstrating his emotion in the moment. Many Hillary Clinton supporters, on the other hand, thought there could be nothing authentic about this man, since one could never be completely sure of the veracity of what he was saying.

New uses of the term “authenticity” will likely provide fodder for a future post, but it is not my subject for today. Rather, I would like to be clear about my own use of the word with reference to business leaders such as Bill Marriott, Jr.

As a long-time student of personal stories of identity, my own definition is straightforward. Authenticity comes from “walking the talk”, from absolutely no gap between the leader’s words and actions. So, authentic people not only live their stories, they embody them in visible ways. If a leader is not living the stories he or she tells, and if others do not see the leader living these personal stories, that leader will quickly lose the trust of the followers.

How should leaders go about “embodying” the stories they tell? On a personal level, their daily behavior should reflect their personal stories of identity—the tales of “who I am” and “what I stand for”. If Bill Marriott tells stories of relentless attention to detail and respect for the individual, his behavior must be consistent with his words.

On the corporate level, an authentic leader is a tireless teacher and reinforcer of the values he espouses. His behavior serves as a symbol for the collective stories of identity of the organization—the stories of who we are, how we see the world, and how we do things around here.

How successful was Mr Marriott at embodying his personal and corporate stories? Those closest to him describe him as a passionate man on a mission. He used to fly more than 200,000 miles a every year, to look over operations and to carry the corporate message to as many people as possible. He liked to stop by hotels unannounced, and to have personal chats with everyone he saw on those visits.

Among the famous anecdotes that Marriott employees still tell today is about how the former CEO would show up in hotel kitchens at daybreak, to make sure that everything was spotless, and that the pancakes were being cooked properly. As such, he embodied the dedication to service and the attention to detail he expected from all Marriott associates.

To me, there are two overarching lessons from all this. The first is about the power of storytelling in building a corporate culture. Companies such as Marriott understand that stories shape employee behavior far more than lists of rules or employee manuals. The second critical lesson is the importance of leadership in a storytelling organization. At least in part, storytelling works so well at Marriott because for more than four decades Bill Marriott set the example, telling stories of identity and embodying them consistently in his everyday activities.